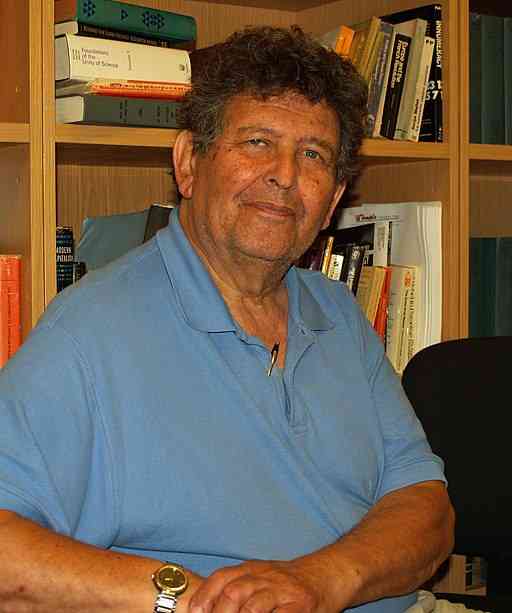 Stanley Aronowitz, my ex-brother-in-law, came crashing into my life in my early teens. The combination of Stanley and my sister Evelyn totally scrambled my entire vision of the world and of myself. I went from a lower-middle class suburbanite to a working class radical with many difficult stops along the way. Stanley never tired of sharing books, discussing politics and asking probing questions. He was enormously kind and gracious in his support of me and my work. We stayed friends for the rest of his life. Through Stanley and Evelyn I met the late Tony Mazzocchi, with whom I worked for more than 25 years. When Tony died, I wrote his biography: The Man Who Hated Work and Loved Labor. The passage below from the book I think provides a good description of Stanley and his relationship to Tony, unions and the anti-Vietnam War movement

“Tony learned in the summer of 1967 that in his union [Oil, Chemical and Atomic Workers Union, OCAW] the war was still too hot to handle. The lesson was delivered by proxy—via Stanley Aronowitz.

Ten years younger than Mazzocchi, Aronowitz bounded into the union movement after getting bounced out of Brooklyn College in 1950 for protesting its anti-communist policies. The precocious son of cultured working-class (and active union) parents, Aronowitz headed for the life of a labor agitator. After six years on the shop floor in a New Jersey wire mill organized by the United Steel Workers, Aronowitz joined the staff of the Amalgamated Clothing Workers and soon became its organizing director. He and Mazzocchi met in the small but growing circle of New York area socialist-minded unionists who worried about nuclear arms, peace, and union democracy.

They appreciated each other’s ability to think broadly and deeply about labor and social issues. Like Mazzocchi, Aronowitz was articulate, smart, extremely well read, and incredibly confident. Both were independent socialists who subscribed neither to anti-communism nor Stalinism. Both had quickly concluded that the growing U.S. involvement in Vietnam was not simply a mistake, but the result of global capitalism’s need to contain communism. When they looked at society and labor, they saw similar features. When they talked they used common symbols and constructs.

Mazzocchi also saw Aronowitz as a crackerjack organizer who’d won a string of organizing campaigns for the Amalgamated Clothing Workers in Pennsylvania during the early 1960s. In 1963, Mazzocchi pushed the OCAW to hire Aronowitz as an international representative and organizer serving the New York area. This was an extraordinary move, since in OCAW such jobs were reserved for those who came up through the ranks. But Tony persisted, and Stanley Aronowitz became the first outside person hired for a coveted rep’s job.

Tony needed an infusion of organizing talent and energy to arrest the union’s declining membership. Perhaps more importantly, he needed a unionist with a radical imagination, someone deeply committed to building an insurgent rank-and-file movement. Someone who would never become a labor bureaucrat.

Aronowitz was that person: There wasn’t the faintest bureaucratic twitch in Aronowitz’s bubbly persona. In fact, with his shirttail sticking out and his necktie usually off to the side, Aronowitz exuded deeply anti-bureaucratic vibes.

While this was all to the good, Tony failed to see that Stanley would be, more or less, a one-man bureaucracy-wrecking crew. The man said whatever he felt needed to be said. Wherever Aronowitz went, bureaucrats would shudder. Deadlines, time lines, and appointments seemed to come in and out of focus as his mind and interests drifted. He could brilliantly negotiate a difficult local union contract almost without effort, and with this same brilliance alienate key members of the local’s bargaining committee. Without trying, Aronowitz collected enemies just waiting to get even.

But Aronowitz’s anti-bureaucratic style wasn’t his most controversial quality. It was his outspoken opposition to the Vietnam War. Aronowitz was one of labor’s few productive links to the New Left. In fact, Aronowitz himself nurtured and helped define the New Left. Not only did he work with Tony to raise funds for the Long Island Democratic Party and the civil rights movement, but he also spoke often at public meetings and teach-ins against the war. Unlike Tony, however, Stanley didn’t use other public figures to address controversial war issues. Instead, Aronowitz often was the main labor speaker—usually the only labor speaker. He lectured all over the city. He toured colleges. He was far ahead of the OCAW members who employed him.

Unfortunately for both Stanley and Tony, Stanley’s efforts did not go unnoticed by those itching to red-bait the antiwar movement. He was a sitting duck for Victor Riesel, the mob-blinded labor columnist who had smeared OCAW president Jack Knight. In his popular syndicated column, Riesel accused Stanley of leading a communistic, antiwar contingent within labor.

But why target Aronowitz? He wasn’t an elected official and didn’t have a particularly high profile in the movement. He wasn’t even a communist. Aronowitz, reflecting back, reasoned that “Riesel went after me as a proxy for Tony. Riesel knew I was his guy and that by red-baiting me he would make life very difficult for Tony, which in fact he succeeded in doing.” But why not go after Mazzocchi directly? “They just didn’t have anything on him,” Aronowitz explained. “He had not yet come out against the war. He was too good at building his base. A groundless attack like that might have made Tony even more revered in the union.”

Riesel’s column caused a firestorm of protest within the union, putting Aronowitz on political life support. Tony stuck with him. “He did everything he could,” Aronowitz said. “He arranged a District 8 council meeting and secured a unanimous resolution of support. He backed me to the hilt with Al Grospiron (the union president). It was principled solidarity, and I greatly appreciated it.

But Grospiron struggled under the wave of protest against Aronowitz from anti-communist union members. Finally, Grospiron asked Stanley to accept an organizer’s job in Puerto Rico, far from Riesel’s reach and from those in the union calling for his head. Aronowitz understood these realities and accepted the transfer, working there for eighteen months before leaving the union.

In the next few years Aronowitz wrote False Promises, arguably the most penetrating critique of the postwar labor movement. He would leave the movement, finish college, earn a doctorate degree in sociology, and become a noted sociology professor, public intellectual, and the author of 23 more books. In 2003, Aronowitz ran for governor of New York as the Green Party’s nominee.

In The 60s Without Apology, he candidly summarized how he differed from Mazzocchi on the war:

“I was critical at the time of his cautious, even conservative approach to the war, but he had his ear to the ground. Given the deep-seated anticommunism of American workers and their conviction that war work was needed for full employment, given George Meany’s open hostility to any criticism of U.S. foreign policy, Mazzocchi stepped just far enough out on the limb to keep his legs intact. I, of course, got mine cut off because by 1966 I had gone public in my anti-war activities inside and outside the trade unions.”