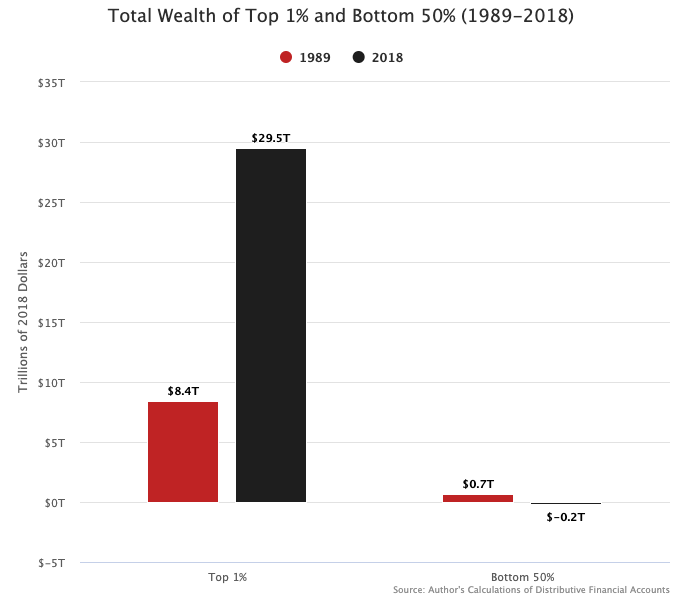 The People’s Policy Project is a think tank run by Matt Breunig, who previously worked as a lawyer for the National Labor Relations Board and as a policy analyst at the Demos Think Tank.

The 3P, as they refer to themselves, took a look at the recent Federal Reserve report that tracks the distribution of wealth in the US. You can get to the original data here.

By comparing the data from 1989, the first year they were collected, to 2018, the most recent set, and making adjustments for consumer durables (taking them out) and inflation (making all dollars equal over time), 3P shows that in the last 30 years the top one percent have increased their wealth by $21 trillion.

Over the same period the wealth of the bottom 50 percent has decreased (yes, decreased) by $900 billion.

You can read the 3P report here.