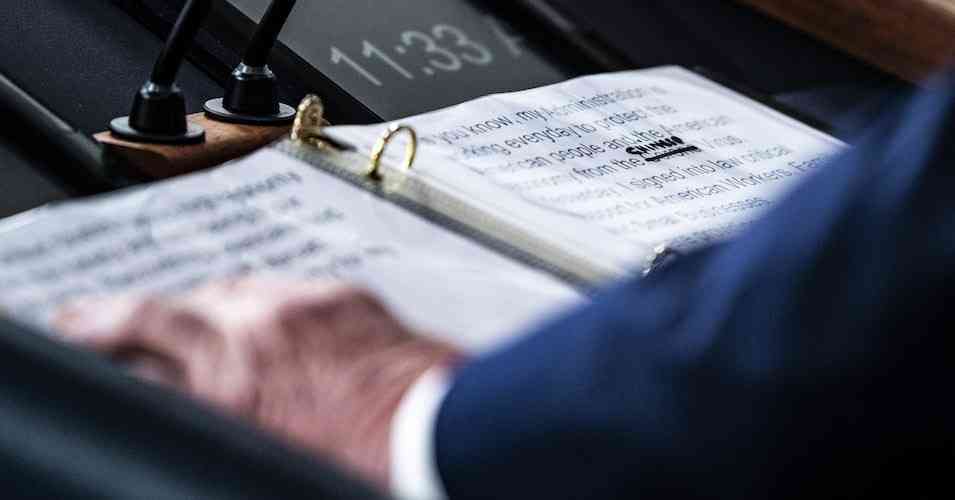 Our best path out of the Trump China box is to put him in a box he can’t get out of.

As Covid-19 deaths and unemployment soar, Trump’s reelection chances depend on three factors: 1) the Democrats making significant electioneering mistakes; 2) the Trump campaign finding ways to discourage Democrats from voting for Biden; and 3) a massive propaganda war against China.

We should get used to gaffs from Biden and the Democrats. They’re inevitable, but with forethought they need not be earth shattering. The bigger problem is how the Trump campaign will confuse and divide Democrats on any number of issues. There is a good reason to be discussing touchy-feely Biden these days, but no matter what facts come out, these charges will be turned into massive attacks by Trump operatives throughout the social media ecology. The Trump forces hope that progressive Democrats will be so turned off by Biden that they decide to sit it out or vote for a third-party candidate. It is hard to believe that a confessed serial assaulter like Trump could possibly be viewed as less toxic than Biden, but the attacks may have some impact.

Negative campaigning, however, is not enough to save Trump’s sinking ship.  He needs an international crisis fomented by a non-stop verbal assault on China to escape the stain of his incompetence and regain a presidential image. Like all autocrats, Trump needs an enemy to blame for the country’s ills. Not only will he accuse China of stealing American jobs, but more importantly he will, not so subtly, accuse them of spreading the virus to the U.S. After all, it started in Wuhan, not Waco. This is already happening.

That’s crazy, right?  That’s what I thought until chatting with the long-time administrator at a noted hypertension clinic in New York. She told me point blank that “The Chinese are deliberately trying to kill us with this virus,” (thereby making my blood pressure leap even higher.) How could someone who has for decades worked with some of the finest cardiologists in the country believe that the Chinese engineered the virus and then let it loose in order to harm us and the rest of the world as well as themselves? All efforts to point out the flaws of this argument were summarily brushed aside with “Many people are saying the same thing.” I’ll bet they are as Trump’s right-wing media machine spreads thousands of different versions of this meme.

What makes this fiction so compelling? Not only did the virus start in China, but China is a significant economic and geopolitical rival to the US. More importantly, China’s people look different enough from most Americans so that racist reflexes are easily triggered. The Chinese are a perfect target for an authoritarian who desperately needs an enemy to blame for the mess he’s made of our response to the pandemic.  Trump wants to use the blood on his hands to smear the Chinese even as his intelligence agencies tell us that Chinese scientists did not engineer the virus, let along sick it on us.

How should Democrats respond to this racist and divisive ploy? Some will be tempted to come to the defense of China, while others will try to show they are as tough on China as Trump. But both responses allow Trump to define the terms of the debate. He would love for all of us to be talking and thinking about China and who is and who is not “soft on China.” That debate would reinforce his false narrative and divert attention from the carnage he has failed to ameliorate. Chinese Americans need to be vigorously defended against the racism and violence Trump is unleashing. But that is a civil rights issue rather than a geopolitical one. Hate crimes should always be prosecuted.

Our best path out of the Trump China box is to put him in a box he can’t get out of. There are two facts Trump can’t explain away: death and jobs.

The more the Democrats can pound away on how Trump belittled the problem, acted slowly, shifted blame and refused to take command of the crisis, the more his China ploy will seem like he is running away from the problem. Democrats must lock Trump in the death/unemployment box and throw away the key.